Don’t miss the great review from Inside the Mind of a Bibliophile! “I LOVE IT AND I NEED THE SEQUEL NOW!”

Midwest Book Review gives it’s take on Revenge in the March edition under the Fiction Self. “Revenge of the Akuma Clan provides a fine thriller… a fine pick for any young adult reader.”

Revenge of the Akuma Clan Launches! The much anticipated sequel to Samurai Awakening is now available at your favorite bookseller. Go get your copy, in either hardcover or ebook. You can also check out this great review on Paper Droids!
Check out this great interview with ZoomingJapan.com on author Benjamin Martin’s blog and writing, including Samurai Awakening and Revenge of the Akuma Clan!

December – Cover Reveal! The cover for the upcoming The Tanner’s Daughter (Jitsugen Samurai Diaries, #1) is now up on my writing blog More Things Writing. Take a look and let me know what you think.

November – Booklist reviews Samurai Awakening in the November 1st issue of Booklist Magazine and booklist online! They called it “An imaginative take on the triumph of the underdog.” Read the full review for more!

January – My blog on Japanese Culture, More Things Japanese, moves to its new home at http://morethingsjapanese.com

April – Benjamin was featured in the Association for Japan Exchange and Teaching’s April AJET Connect Magazine!(PDF)

October- Turned in the first draft of Samurai Awakening to my editor at Tuttle. 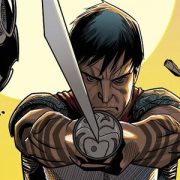 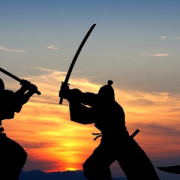